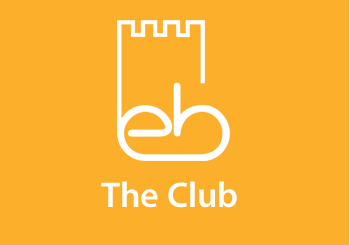 EBUFC Committee meets the 2nd Monday of every month with a 7.30pm start at The Grange.

EBUFC Joint Committee & Managers meetings are every other month.

AGM – All should attend.

If unable to attend a representative of your team should do so (Assistant, Volunteer, Parent or Adult Player). Every team MUST be represented at the AGM. The AGM is normally hosted at The Grange.

What a fantastic Presentation weekender we had over the weekend of the 20th May! It just seems to get better and better every year – and we were again blessed with incredibly good weather for the youth awards day, our showpiece for the end of season.

Whilst the adult Men’s and Ladies teams take to the town and head out for an evening , Sunday the 20th was The Grange takeover day, the coaches were up early (Sam Smart started on the Friday before!) erecting the Awards marquee, laying out seating and tables, setting up the car parking, fencing off the activities areas etc – by midday we were ready with Paintball, Lazertag, Gladiators style Rotating Arm, Inflatable Slide and two mini football pitches with goals. The bar was open – thanks as ever to the Sports Association and especially to Jane and her team – and E Lee and Sons were already cooking up a storm on their BBQ to their ever high standards, the Ice Cream van was ready for a rip roaring day of trade and the Candy Floss stall was ready to fill everyone with sugar! And all of this is paid for by the club (your bar bill is your business though!) as a thank you for the season. The ever vigilant Fundraising Committee also had their World Cup sweepstake, spot the ball and competitions ready also – which were tremendously supported on the day.

The nature of the presentation day – every team is allotted a specific time for all of the activities – means the Grange is perfect for all of our teams, although the hundreds of players and families that attend over the course of the day would be simply too many in one go. Part of the idea of the day is to remind all teams that they are part of something much bigger and we are here to support the players develop and grow over many years – as a player you are actually part of a huge club not just the team you see at training or match day.

And so, to the awards themselves. Each team has the option to change the title of the awards so that they can best reflect their season, as such the awards can look a little different from team to team – 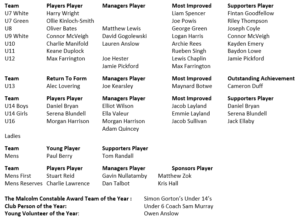 Well done to all, lots of very deserving winners there.

A big thankyou to Matt Smith also who used various cameras and gadgets to come up with a video of the day – including some fantastic drone shots of the whole thing. You will find a link to the video below:-

Following the Meeting at The Grange on Monday the 5th March, the club thought it best to add a guide that summarise many of the key areas of the trip that you may need clarification or further information about. Therefore we have created a basic guide below to include many of the questions you may have – but don’t worry if you have further questions or need clarifications, simply contact your child’s manager or coach in the first instance and we will update the document accordingly!

Here’s to a great tour and lots of memorable moments!

The club is currently seeking volunteer’s to help with the club’s vital fundraising work.

The reality however is that the club simply doesn’t generate sufficient funds each season, although the help provided by the large number of club and team sponsors is a massive help and very gratefully receieved, it is through key individual’s generosity and support that the club continues to thrive as it does and that’s a situation that needs to change.

If you can help in anyway, ideally through joining our Charity Committee and helping to drive fundraising – please get in touch with the Club Secretary HERE

There will be a quiz night on the 11th March 7-9pm at Working Mens Club, more details to follow!